Today was SOOOO much fun!  Students spent the day playing probability games their peers created using their knowledge of games of chance.  We just finished our probability unit last week.  Instead of assessing the students with an unit test I decided to do a unit project.  Another 7th grade teacher created a carnival game project where students create a game that involves chance rather than skill.  We provided a rubric which required a scale model game (that could be played),  directions to play the game, theoretical probability, experimental probability and expected payout.  Students worked in pairs and created a game for our carnival during class.  The project took about 3 days and we held the carnival on the 4th day. 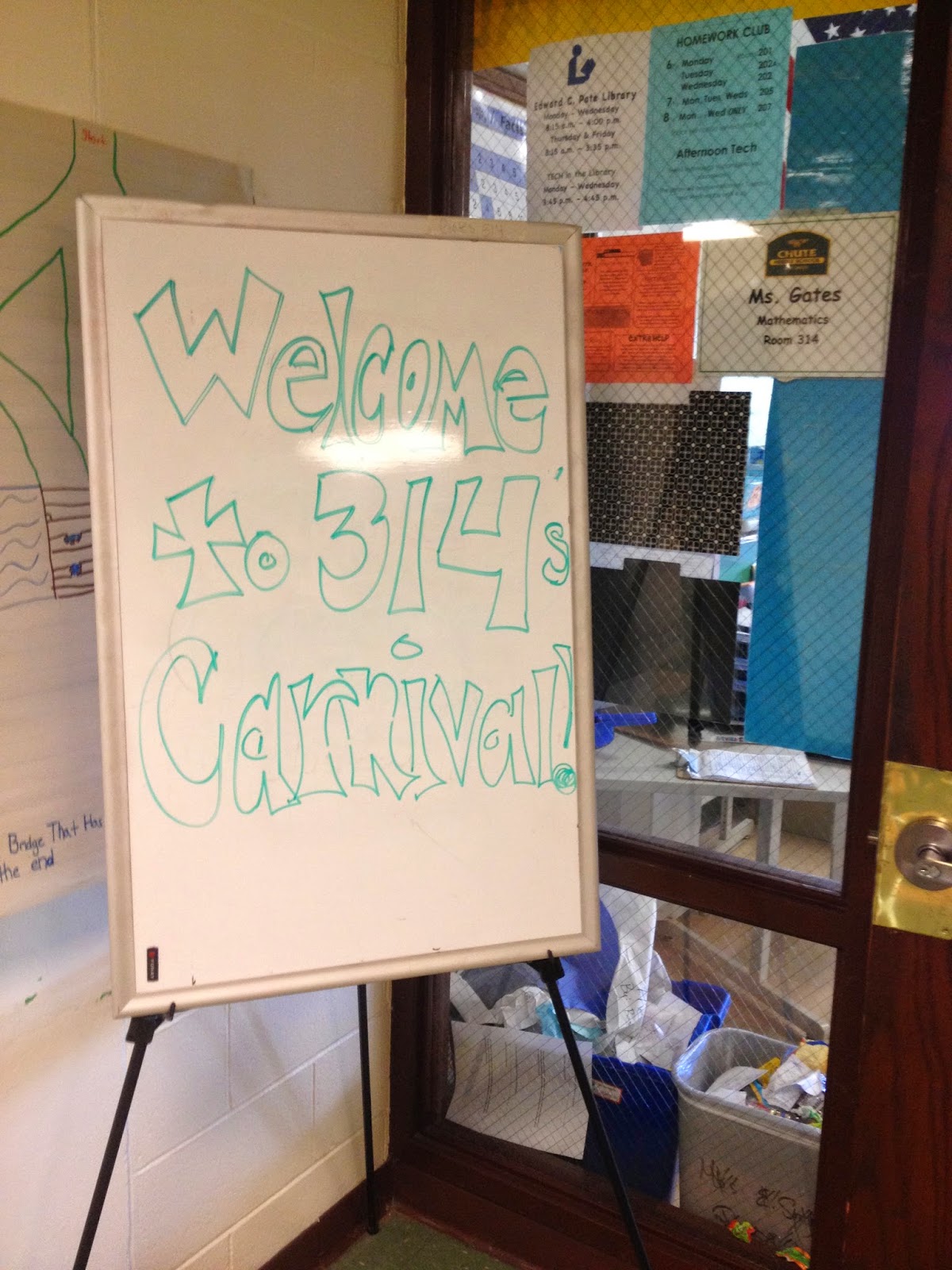 My students took turns running their games and playing other students' games.  The other 7th grade math teachers sent groups of 5 students over to test our games.  I gave each student a stamp card which was their "payment" to play the games (usually one stamp).  This was helpful for visiting students because they went back to class when their stamps were used. 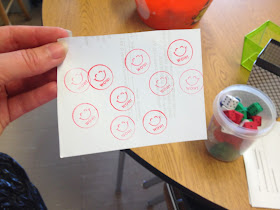 I provided the "baseline" reward which was candy.  If students wanted leveled prizes they had to bring in the extra prizes.  Students brought in extra candy, stuffed animals, bouncy balls and fancy pencils. 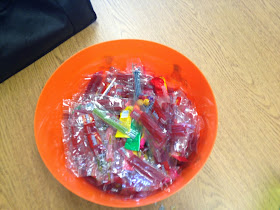 Two pairs of students did maze games where the dice decided your path. 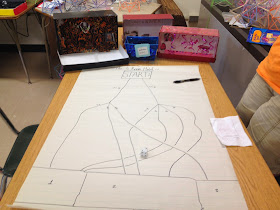 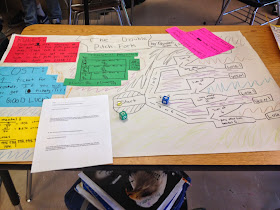 We had versions of the duck game.  One group used ducks, another used floating fish, and the third group used "lilly" pads. 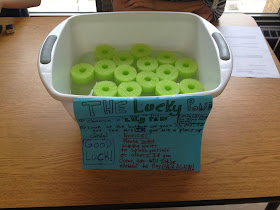 This duck game had dice involved.  you had to pick a duck that match the sum of the dice your rolled. 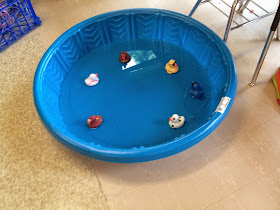 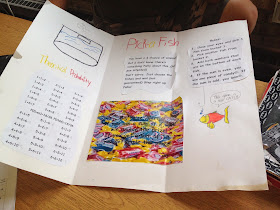 We also had the lollipop pull! We had to discuss how the probability of pulling a lollipop with a dot on the bottom changed as lollipops were pulled.  It was great problem solving for the students to figure out how they were going to keep their probability the same. 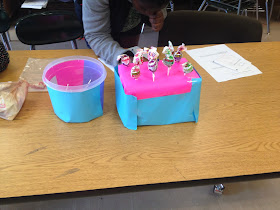 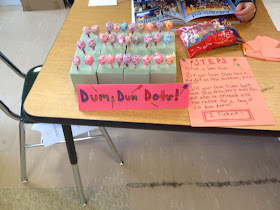 We had MANY marble games - choose color combinations to earn a reward! 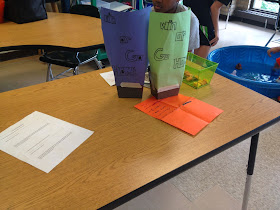 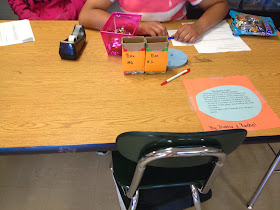 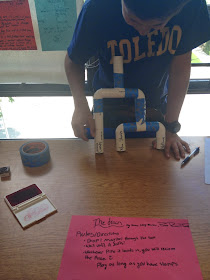 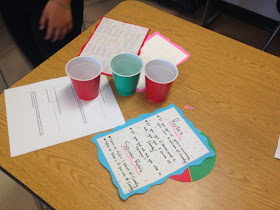 This group used string instead of marbles... 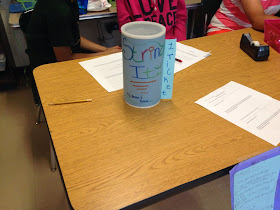 We also had MANY dice games.... 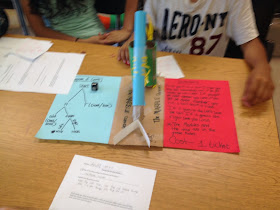 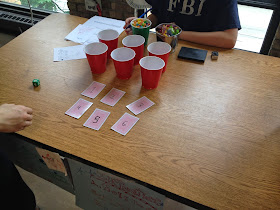 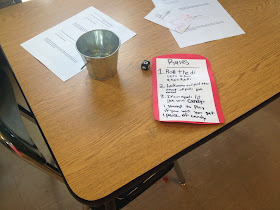 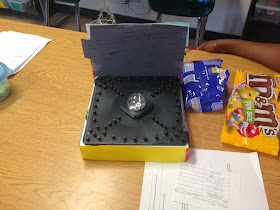 And lastly we had spinners... 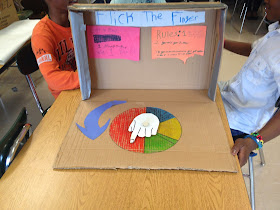 "Flick the finger" made me a little nervous- Thank goodness they did not trace their middle finger! 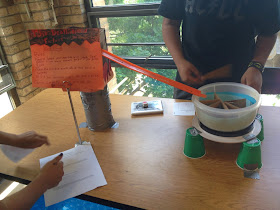 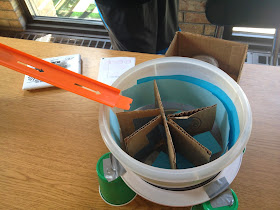 Our last day of school was suppose to be Thursday but we have to make up emergency days from the cold winter.  This was a great way to start our countdown to summer! I love that students had fun playing games but math was involved in each game!